As you all know, I’m always looking for something fun to do in my home city of Cardiff because I like a challenge and I never like to feel bored. I mean, who does? Life’s too short for that. This is why I was super excited when I was invited to Adventure Rooms to try out one of their latest games. 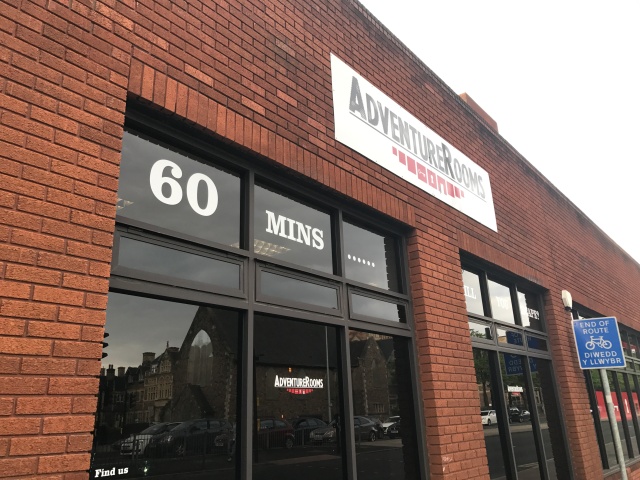 Based on the very busy Newport Road in the heart of the city, Adventure Rooms is a venue which offers games where you have to find clues and solve problems in order to escape the room. The games were created to cater for teams between 2-13, so it would work as a date activity or as an activity to do with your group of friends. Personally, I prefer to do these kinds of activities in larger groups as I feel you have a better chance of escaping but I guess that all depends on who you go with. As you may have seen, I wrote about a similar offering in Cardiff quite recently, but I was excited to go along to see how their competitors in the city centre weigh up.

These games were originally designed in Switzerland by a physics professor who wanted to give his students practical examples of how physics could be applied to the ‘real’ world. I’m sure I would have taken a lot more notice of my physics lessons if this had been the case in my school! But these games now have over 30 venues worldwide which is pretty impressive considering the first game was said to be created in a basement.

To enter the building, we had to ring a doorbell and we were then informed that only one team is booked in for a session at one time, meaning that the full attention of staff is on them for the hour when they are trying to escape. I quite liked this approach and I felt it was quite personal, so we were already off to a good start.

We decided to take on the challenge of the Black Queen, a game with a high difficulty rating which only 30% of players escape from. Considering that we had escaped from these types of games previously, we felt as though we were ready to tackle the challenge, albeit slightly nervously. There were five of us playing the game and to begin with, we were separated into two groups of two and one single in order to be handcuffed to the wall in order to start the game. The story being this challenge is that you’re in the mansion of the Black Queen and your mission is simply to escape.

I’m not going to give away any clues or tell you any specifics of the game because this would totally give away the enjoyment of the whole experience. But what I will say is that when you start a game chained to a wall, it gets pretty intense pretty fast. This game was as difficult and engaging as described, which meant that for the whole game we were trying to work at an intense speed to solve the clues and beat the clock.

Unfortunately, we didn’t manage to escape the Black Queen. But the most frustrating part about it? We were only one lock away! Annoyingly, we really didn’t understand how to solve the last piece of the puzzle at all, and when ‘The Final Countdown’ started playing five minutes towards the end, this brought the pressure to whole new and unexpected level. So I kind of felt like we deserved a bonus for any clues solved during that time! We were absolutely gutted that we didn’t manage to do it, but we still left the experience on an high. 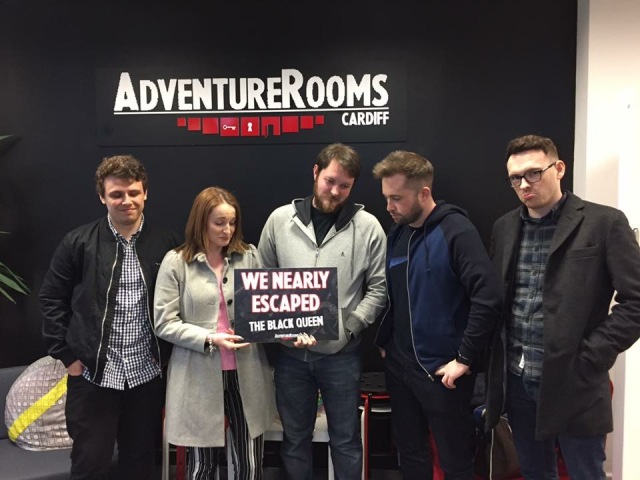 I do love these escape-the-room type games. They are an hour completely away from your typical everyday, you’re not allowed phones to help you solve the clues and it’s a good way to really exercise your brain to focus on a completely new task. And the more difficult they are, the more I seem to like them because it feels like such an achievement when you start figuring out the clues and taking on different aspects of the challenge. I don’t know, maybe that’s the nerdy side of me coming out. But I would recommend Adventure Rooms to everyone in Cardiff. If you’re looking for something new and a little challenging to do, this is right up your street.

Hey, soul sister 💞 #selfie #friends #family
Little family 💞🐶 #beach #beagle #beaglesofinstagram
Counting down the days until I can happily drink an Aperol Spritz in Sicily again 🇮🇹 ✈️ #travel #italy #sicily
Today is all about the little things. Like visiting a new coffee shop, the Valentine’s Box from @thehumbleonion, a little dusting of snow and cwtchy days with Bailey 💞
Currently the best part of the weekend is going to get coffee ☕️
When we can travel again, I will be going back to Copenhagen 🇩🇰✈️ 💭 #travel #denmark #copenhagen