A visit to Go Air Cardiff

I know I praise it all the time but Cardiff really is a pretty great city. We have so many diverse things available to us that it’s hard to get bored which is amazing, especially for people like me who are always looking for different things to do. This week, I decided to venture out and visit the Go Air trampoline park with my boyfriend’s family as a different kind of activity.

Located in Llanishen, Go Air is based in a pretty big venue. As soon as you walk through the doors, you can just see countless amounts of trampolines in a varied mix of sizes and other games located towards the back of the hall. I had already paid my £10 fee online so once we’d arrived, I just checked in at the main desk and we were then sent off for our safety briefing. We were taken to a screen which ran through all the dos and don’ts for the park which I guess was necessary for their health and safety procedure. From there onwards, you have an hour to roam free on the trampoline areas. 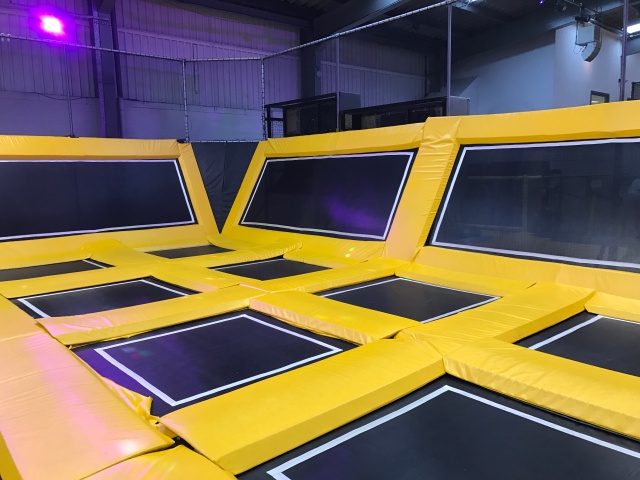 I had visited the park before, around the same time last year, but it has changed so much over the last couple of months. Instead of just a floor full of trampolines, the park has now installed trampolines ranging in size so you can do tumble practice, objects in the middle of the floor to make moves more challenging, a dodgeball arena, gladiator challenges and a giant foam pit. There was a range of options to suit everyone and we were all really surprised at how much they had managed to fit in this one hall. We couldn’t wait to get going!

When I was younger, I was a keen gymnast so I couldn’t have run to the tumble area fast enough. I was excited to try out my linked movements again after a few years off and to my surprise, I didn’t do too badly which was an awesome feeling. 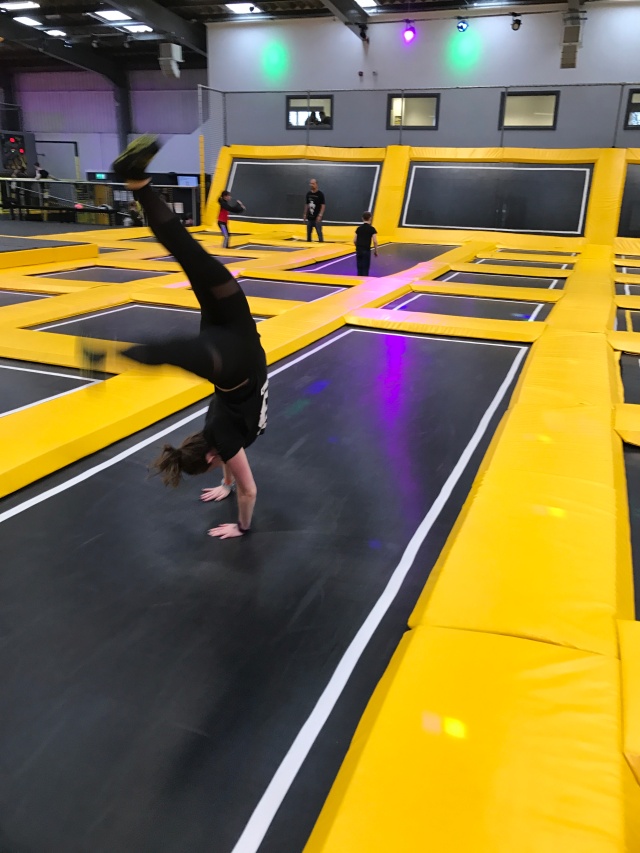 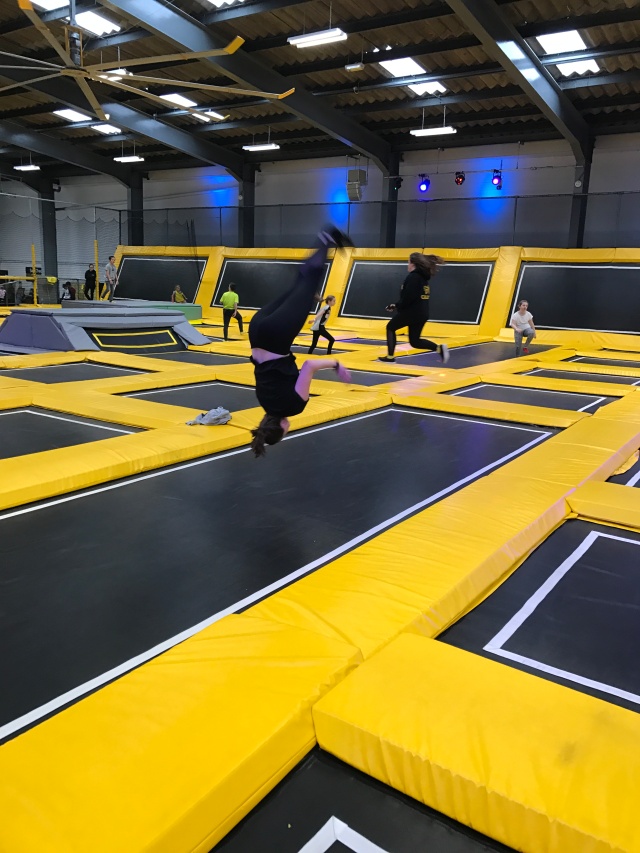 Next I decided to give the gladiator challenge a try. You have to face your opponent with giant foam rollers on a narrow beam with the aim of pushing your opponent into the foam pit below while you’re the last one standing. I brought along my boyfriend’s sister so we had a challenge on this. Turns out we’re both as strong as each other because we went down at exactly the same time! But it was good fun and because you land in a giant foam pit, no one will get hurt. 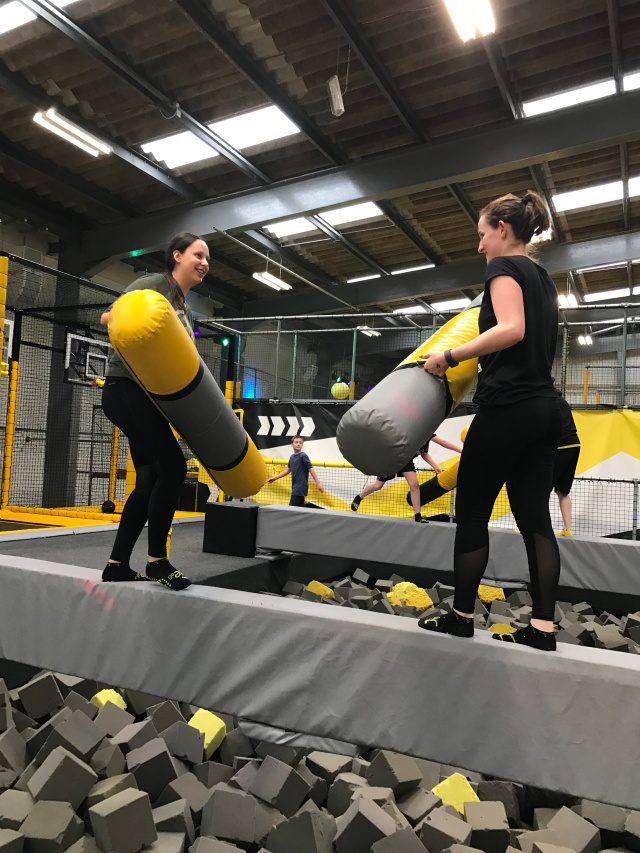 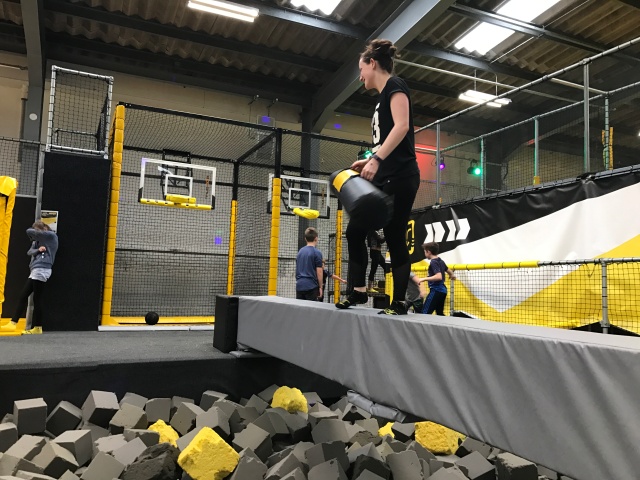 Then we decided to try out the giant foam pit. This feature was here last time I visited but I was so excited to give it another try. We ended up doing jumps and somersaults into the pit but because it’s so deep, you can easily get stuck and it seems like a challenge in itself just to crawl out of there. But that didn’t stop me from jumping in multiple times! 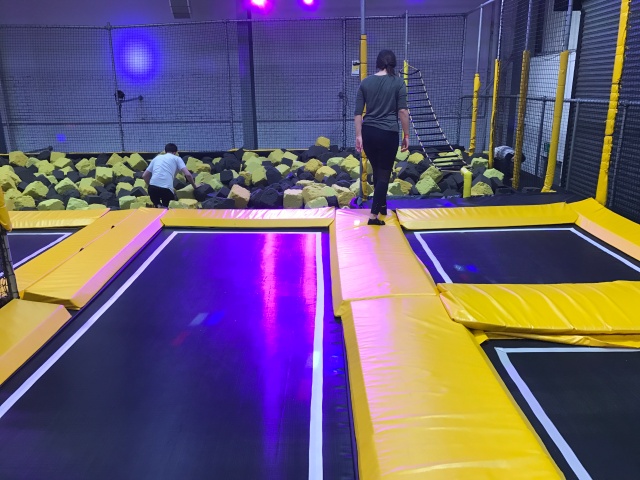 I didn’t get to use the dodgeball arena as much as I’d have liked to because there were only three of us who went along. But it was a section protected by netting, cordoned off specifically for dodgeball games. There was only one ball in the arena and it was clearly made for teams of bigger sizes. I would love to bring more people to this so we could go back and have a real dodgeball challenge! 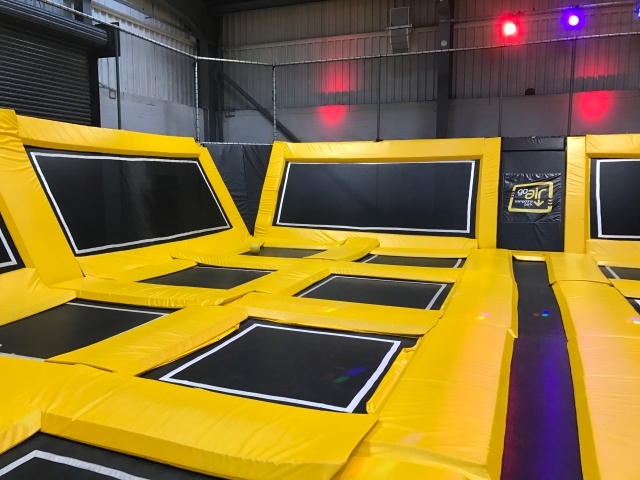 Also, while we were there, the park had a very full Go Air tots area – under 6s can go for £5 and there’s free entry for parents which I thought was pretty cool.

This was now my second visit to the park and yet again, I had a wonderful experience and I felt completely exhausted afterwards. I absolutely love that they’ve added new features as it keeps things interesting and now there’s an event better range of activities. Not only is the park a really fun idea, but it’s also a great way to get fit without even realising how much work you’re actually doing. I need to get better and stop leaving it so long between visits, but I would highly recommend the park if you’re looking for something new and exciting to do in Cardiff.

Beautiful evening walk around Roath Lake to truly kill off the #BlueMonday vibes 🌅
Sunday like a Friday ✨
Spent the day walking from our new home to our old one. Super lush to actually see the sun and spend some time outdoors 🌞 🌊
Second weekend in a row that I’ve come to @thedanishbakery for brunch and I have no regrets ☀️☕️ 🇩🇰
✨Reminiscing about our travels choosing pictures to put up in our home ✨ . Copenhagen will always be one of my favourites 🇩🇰
Happiness level 100 now we have a @thedanishbakery in #Penarth 😍 ☕️