My Trip to London

So last week was my 21st birthday. And God, I still feel like I’m still a 15 year old. Well, maybe not quite the same but still, in that kind of age bracket. But no, sadly I am officially an adult. So in typical Rachel style, I took a whole week out of my life to celebrate my birthday. I figured 21 is the last good birthday before reaching the almighty 30. I don’t even want to think about that right now.

As part of my birthday week, my parents booked us all a lovely little trip to London. The main reason for this trip was that as a present, my parents bought me tickets to the Fleetwood Mac tour. But other than that, for the first time in a few years, I had the chance to roam around London, act like a tourist and explore the lovely capital city of the UK.

On the first day that we arrived, it was late afternoon so of course one of the first things that I was eager to do was to visit Harrods and then wander over to Oxford Street for a little shopping time. I haven’t visited Harrods since I was about 15 and I can’t believe that I almost forgot how massive this store actually is. I could have gotten lost for hours exploring all the designers and different areas of the store. In fact, I actually did. And one of the sections that I was extremely pleased to find was the Disney section. I’m obviously still a massive child at heart, so of course, I had to visit their Disney cafe on the fourth floor to see what it’s like. I know it’s designed for children, but it was lovely to see so much detail put into every aspect of their children’s section. I wanted to have lunch there but I decided I was maybe a little too old for that. But obviously, I just had to have a picture with their Cinderella. 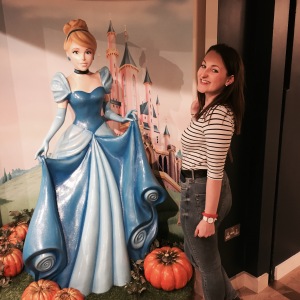 Then we managed to stroll over to Oxford street after stopping for a quick coffee. After walking past Gok Wan, we arrived on Oxford Street and I almost sprinted to their KIKO Milano store as soon as I spotted it. Although I regularly look online at all the KIKO products, visiting the store is generally a much happier experience and I always think it’s easier to notice a lot more stuff that maybe you wouldn’t have even considered before. Since my first trip to their store in Milan where I bought their mascara, I’ve been keen to try more of their products. And one thing that I really had my eye on was their make-up fixer spray. At £7.90, I was super keen to give this product a go and I will post a review of it soon on my blog! 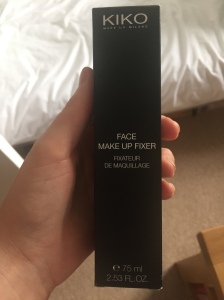 After this I ended up make-up shopping in John Lewis where I managed to find some bargain Yves Saint Lauren make-up products. I still can’t believe that I managed to get their illuminating powder and mascara for only £33. That was an offer I literally couldn’t refuse. Of course, my review of these products will also be up shortly so I can let you all know what I think of them!

Another thing that I was really keen to do whilst in London was to visit Buckingham Palace. Of all the times I’ve been to London, I don’t think I’ve actually done this. And just as we stepped off the tube and arrived at the palace, we were lucky enough to see the change of the guard display. This involved a marching band display from the guards which attracted such a large audience. I have to say, it was so impressive and perfect timing on our part. If you go to London, it’s something you just have to witness for yourself to understand how amazing it actually is. 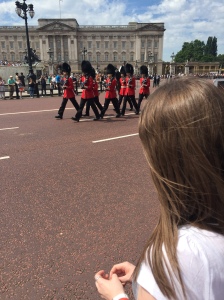 We also visited Big Ben and Westminster which looked very pretty in the sun. No matter how many times I see it, I am always a little bit in awe of how wonderful Big Ben looks. So obviously, sitting on the riverbank for a cup of coffee with a view of the river and Westminster was an afternoon well spent. 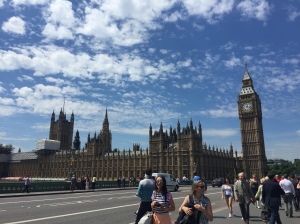 And in the evening, I can’t believe how lucky I am to say this, but we visited the O2 arena to watch Fleetwood Mac perform as part of their tour. Fleetwood Mac have written some of my favourite songs in the world, and I was absolutely thrilled to watch them perform live. When watching them perform their set, I have to say that Stevie Nicks was absolutely captivating to watch and I almost couldn’t take my eyes off her for the whole performance. One of the best songs that I saw her perform was ‘Silver Springs‘. If you guys haven’t heard this song, seriously click on the link to YouTube and have a listen! It was also lovely to see Christine McVie back with the band and her vocals were absolutely outstanding. 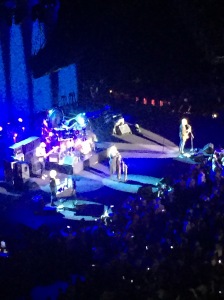 To be honest, this has been one of my best birthday’s. Not only did I get to travel London, but I got to see some wonderful performances from one of the best bands in the world. The only other thing that I wish I could report back to you guys would be to say that I visited some of the amazing museums that London have to offer. But sadly, I didn’t get enough time to add this to my agenda. However, I am going back up to London in two weeks to get the Eurostar to Brussels, so maybe I’ll be able to tell you all about them soon enough. And hopefully tell you all about my trip to Brussels! But as always guys, thanks for reading my blog, hope you enjoyed hearing about my little trip!