The Help: The Book 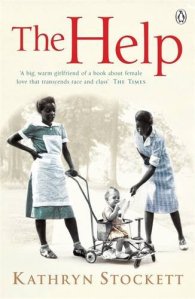 I admit, I am a little behind in jumping on the bandwagon with this book/film. But I got the book as a Christmas present which I was really excited about because I kept forgetting to buy it for myself. I have read the book in just under two weeks and I think I have just found a new book that I have fallen completely in love with. Even though I’m late finding this as I’m sure a lot of people already have, I think it is a book that deserves to stay in the limelight for quite a long time due to the beautiful writing style of Kathryn Stockett. The book is set in early 1960s America. In Mississippi to be precise where race segregation was at its’ highest. The book has its’ main focus on racial issues and issues surrounding feminism. It also focuses on other serious issues such as domestic violence, which is still an issue for many women today.

Kathryn Stockett has taken a really clever approach to this book by giving a voice to three main characters, Miss Skeeter, Minny and Aibleen. Not only does this help to create a perfectly rounded image of Jackson, Mississippi, but it helps to create fully rounded story in which you can empathise and relate to the characters. It’s almost like Vantage Point in literary form where three characters get to tell the story from their viewpoint.

My personal favourite in the book has to be Aibleen and anyone who has read the book, I think, would completely agree. Stockett has really outdone herself with the creation of this character. She portrays her as incredibly strong, supportive and a loving carer for the children of the white ladies she tends to. With her words of encouragement for ‘her’ little girl Mae Mobley “You is smart. You is kind. You is important”, you feel a strong sense of attachment to Aibleen and what she is trying to achieve by educating this little girl of racial and personal issues. Throughout the story we get to see what terrible things each of these women have to endure purely due to the issue of race. We also see the negativeness of other characters such as Hilly Hollbrook who tries to control the people around her, as well as the status of the coloured people in her community. She is created as the villain as the story and we definitely find it easy to hate her attitude to the women who do so much to help her.

One of the best things about this book is how quickly you get attached to the characters and how much you begin to care about what happens in their lives. I think this story has a lot of twists and turns to it which really helps with the character development and makes them more realistic in my eyes.

I’m one of those people who feels as though they have to read a book before watching the film so now I’m going to move on and watch the film in the hope that it will be even as remotely good as the book.

To see another review on this book click here:

Less than two weeks to go until the next adventure ✈️ . . I was super lucky to have a year of awesome trips and experiences last year. Here’s hoping 2020 is more of the same 🌍
Beautiful evening walk around Roath Lake to truly kill off the #BlueMonday vibes 🌅
Sunday like a Friday ✨
Spent the day walking from our new home to our old one. Super lush to actually see the sun and spend some time outdoors 🌞 🌊
Second weekend in a row that I’ve come to @thedanishbakery for brunch and I have no regrets ☀️☕️ 🇩🇰
✨Reminiscing about our travels choosing pictures to put up in our home ✨ . Copenhagen will always be one of my favourites 🇩🇰